“I like to make wines that are elegant and have good balance. My style of wine has forward fruit that carries to the mid-palate and a long sustained finish. I like to use the oak to enhance the varietal identity of the wine and not mask it. Wines that are jammy and alcoholic are not my style.”

As an inventor and new food product developer, Chaim Gur-Arieh spent 35 years preparing himself for the role of winemaker at C.G. Di Arie Vineyard & Winery.Born in Istanbul, Turkey, Chaim immigrated to Israel as a teenager. After completing his military service as an officer in a tank division, Chaim studied at the Technion, Israel Institute of Technology and received his B.S. degree in Chemical Engineering. Soon after, Chaim moved to the United States to continue his education at the University of Illinois where he earned a Masters and a Ph.D. in Food Science with minors in Biochemistry and Chemical Engineering.Chaim then joined the Quaker Oats company where he helped develop the breakfast Cereal Cap’n Crunch. He moved to California to become Director of New Products at Del Monte Corporation where he created an array of new products including “Pudding Cups”, “Gel Cups”, “Yogurt Cups”, etc. In 1974 Chaim married Elisheva and founded Food Development Corporation, where he developed numerous new products including Hidden Valley Ranch Salad Dressing, Power Bars and Wine Coolers. In 1980, Chaim merged Food Development Corporation with California Brands Flavors, his newly created flavor company. Over the next 18 years Chaim transformed California Brands Flavors into a major West Coast flavor company.In 1998, Chaim and Elisheva sold their flavor company to Mane & Fils, an international flavor company and went on to pursue their life-long dream of creating world class wines. In his new role as Winemaker, Chaim developed his innovative “Dual Compartment Submerged Cap Fermentation Tank” (patent pending) which he uses to craft his delicious red wines. Chaim’s wines are highly extracted, soft and elegant – a perfect match to fine cuisine. 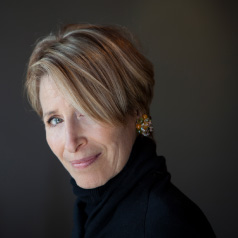 Elisheva, Chaim’s wife and co-owner of C. G. Di Arie Vineyard and Winery, was born in Haifa, Israel. She was raised on a “Kibbutz” (a communal farm near the Sea of Galilee), in the Jezreel Valley. At the age of 13 Elisheva and her family immigrated to San
Francisco.After completing her studies in anthropology, she went on to pursue a career in Fine Arts. She attended the California College of Arts and Crafts in Oakland, Ca and is a nationally exhibiting artist. She has exhibited her paintings in Chicago, Georgia, New York, Pennsylvania, Oregon, Washington, San Francisco and San Diego.At C. G. Di Arie Vineyard and Winery,

Elisheva oversees the brand image, winery events, marketing and web design. Bringing her fine art background, she has directed the design of both website and product labels for the C. G. Di Arie brand.When not involved in the day-to-day affairs of the company, Elisheva is working and managing the orchard, olive grove and vegetable production of Elian Estate, the family farm.

In the year 2000, Chaim and Elisheva purchased a 209-acre parcel of land between the south and middle forks of the Cosumnes River in the Shenandoah Valley of the Sierra Foothills. High in the rolling hills at 1700 elevation, this region is graced with hot days, temperate nights, cool moderating breezes and excellent loam soils. Chaim knew that with proper attention to detail this rugged and untapped region would be capable of producing grapes that to yield superior Estate wines. As vineyard cultivation began, Chaim and Elisheva worked together co-designing their cutting-edge, 12,000 square foot winemaking facility.

The 12,000 sq.ft “world class” facility is perched on a hillside having spectacular views of the nearby vineyards and the Sierra Foothills. Using the natural terrain, the architectural design of the winery was constructed on 2 plateaus, thus creating “gravity feed” as part of the winemaking process. This facility, which also features an art gallery, is built to produce 15,000 cases of wine annually

With 40 acres already planted and plans to cultivate 30 more over the next five years, the Gur-Ariehs have crafted an exceptional vineyard producing world class wine grapes. The viticultural practices are aimed at producing uniformly ripe fruit throughout every vineyard block.